During consideration of having LASIK – Laser Vision Correction, each patient must weigh the benefits and risks of having such a procedure. It is essential that patients understand potential risks associated with the LASIK procedure. Although, it has received FDA approval and is considered to be safe, there is risk of having a serious vision-threatening complication. While approximately 1% of patients have complications with their LASIK procedure, even fewer experience a serious flap related complication. LASIK is an extremely effective procedure that is suitable for high, moderate or low prescriptions.

Complications can occur due to the Laser component of the procedure or the Keratectomy step of the procedure. There have been no reported cases of blindness following either PRK or LASIK, anywhere around the world.

Undercorrection, is when the intended amount of laser correction is not obtained during the primary procedure. In extreme cases of undercorrection, after stabilization, an enhancement may be necessary to obtain optimum results. Undercorrection can result from a number of factors: the healing response of the eye, the hydration of the cornea during treatment, the laser’s calibration, or temperature and humidity. Often time undercorrection is deliberately induced to create a monovision effect.

Overcorrection occurs when the desired treatment is exceeded, this causes an eye to become farsighted. Often this condition will correct itself, as the cornea tends to bounce back somewhat towards its original shape following the procedure. However, should the patient remain hyperopic (farsighted), it is possible to perform an enhancement to obtain the desired correction.

Corneal haze occurs in the normal healing process of the cornea; however for most patients (95% +) it does not affect their vision. The haze is actually caused by a collagen protein that has developed on the surface of the eye. For those patients who do develop haze, it usually clears gradually over many months following the procedure.

People may experience poor night vision, night glare, haloes and starbursts even before having vision correction by laser. Night glare is common immediately following the LASIK procedure and typically last for a short period of time; however, it is important that you discuss your pupil size with your physician. Patients with large pupils when dilated are at a higher risk of having decreased night vision.

Although the risk of infection is rare, it is probably the greatest risk during the first 48 to 72 hours following LASIK. Because of the potential dangers resulting from infection, antibiotic drops are dispensed both before and after the procedure.

Another complication involves a non-infectious infiltrate developing beneath the flap. A cloudy accumulation of inflammatory cells gives the appearance of swirling sand and has been dubbed “Sands of the Sahara”. The cause is unclear; however, it can be successfully treated by the use of topical steroid eye drops or lifting the flap to remove the debris.

Some patients find their best vision after LASIK not as good as with their glasses or contacts. This is called a loss of best corrected visual acuity. The final result depends not only the procedure but how a patient heals. Healing determines the speed of visual recovery, the sharpness of vision and the need for enhancement. As the degree of correction increases, the importance of healing to the final visual outcome also increases.

Blindness is the number one concern of all patients considering LASIK. In surgery, as in life, anything is possible; however, there has not been a reported case of permanent blindness occurring after LASIK surgery.

A major component of LASIK surgery is the creation of the corneal flap (keratectomy). The first complication associated with the keratectomy is an incomplete flap, which can be caused by an obstructed microkeratome. Second is a thin flap, which occurs if there is a loss of suction. These types of complications will not affect the final outcome; however, it can prolong the recovery process sometimes leading to a secondary procedure to complete the correction.

Another complication resulting from the keratectomy is a “free cap”. A free cap occurs when the flap is cut completely across the cornea leaving no connecting tissue. Although this is considered a complication, LASIK was originally performed without a hinge. This condition is manageable by the surgeon, and excellent vision can still be achieved.

LASIK dramatically reduces your recovery time and decreases the chance of many of the procedural risks, as opposed to RK. The procedure takes only a few minutes to complete and entails minimal discomfort. LASIK requires more technical skill and training than other laser procedures.

The number of people considering refractive surgery is at an all time high and LASIK is considered by virtually all refractive surgeons to be the procedure of choice today.

Experience has shown us that vision correction using the excimer laser has been overwhelmingly successful in reducing myopia, hyperopia and astigmatism. While vision improves following the procedure, the degree of improvement may vary with each individual. Overall, 98% of typical patients achieve 20/40 vision or better after one procedure allowing them to drive legally, play sports, and join the police or fire departments. Patients may receive a second enhancement procedure to further improve their results if their vision is below legal driving levels. Generally, there is a 10% chance that a patient will require an enhancement procedure. This chance is less in patients with mild myopia (approximately 5% chance) and greater in patients with extreme myopia (approximately 20% chance).

What makes LASIK an excellent vision correction option for many people is the technology provides an unparalleled degree of precision and predictability. 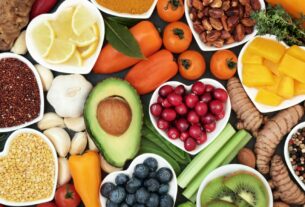 How Anxiety Can Be Controlled By Changing Your Food Habits

The Facts Behind Intermittent Fasting

The Benefits of Online Health Assistance

Home video-EEG service: Get An Accurate And Effective Outcome

Get Value for Money from Reliable Massage Therapists